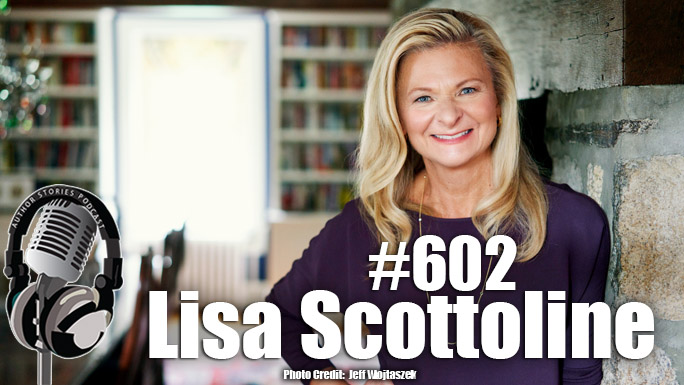 Bestselling and award-winning author Lisa Scottoline reaches new heights with this riveting novel about how a single decision can undo a family, how our past can derail our present, and how not guilty doesn’t always mean innocent.

Allie Garvey is heading home to the funeral of a childhood friend. Allie is not only grief-stricken, she’s full of dread. Because going home means seeing the other two people with whom she shares an unbearable secret.

Twenty years earlier, a horrific incident shattered the lives of five teenagers, including Allie. Drinking and partying in the woods, they played a dangerous prank that went tragically wrong, turning deadly. The teenagers kept what happened a secret, believing that getting caught would be the worst thing that could happen. But time has taught Allie otherwise. Not getting caught was far worse.

Allie has been haunted for two decades by what she and the others did, and by the fact that she never told a soul. The dark secret has eaten away at her, distancing her from everyone she loves, including her husband. Because she wasn’t punished by the law, Allie has punished herself, and it’s a life sentence.

Now, Allie stands on the precipice of losing everything. She’s ready for a reckoning, determined to learn how the prank went so horribly wrong. She digs to unearth the truth, but reaches a shocking conclusion that she never saw coming–and neither will the reader.

A deeply emotional examination of family, marriage, and the true nature of justice, Someone Knows is Lisa Scottoline’s most powerful novel to date. Startling, page-turning, and with an ending that’s impossible to forget, this is a tour de force by a beloved author at the top of her game.

Lisa Scottoline is The New York Times bestselling author and Edgar award-winning author of 30 novels, including her upcoming, AFTER ANNA. She also writes a weekly column with her daughter Francesca Serritella for the Philadelphia Inquirer titled “Chick Wit” which is a witty and fun take on life from a woman’s perspective. These stories, along with many other never-before-published stories, have been collected in a New York Times bestselling series of humorous memoirs including their most recent, I Need A Lifeguard Everywhere But The Pool. Lisa reviews popular fiction and non-fiction, and her reviews have appeared in The New York Times, The Washington Post and The Philadelphia Inquirer. Lisa has served as President of Mystery Writers of America. Lisa graduated magna cum laude in three years from the University of Pennsylvania, with a B.A. degree in English, and her concentration was Contemporary American Fiction, taught by Philip Roth and others. She graduated cum laude from the University of Pennsylvania Law School where she taught a course she developed, “Justice and Fiction.” Lisa is a regular and much sought after speaker at library and corporate events. Lisa has over 30 million copies of her books in print and is published in over 35 countries. She lives in the Philadelphia area with an array of disobedient pets, and she wouldn’t have it any other way.