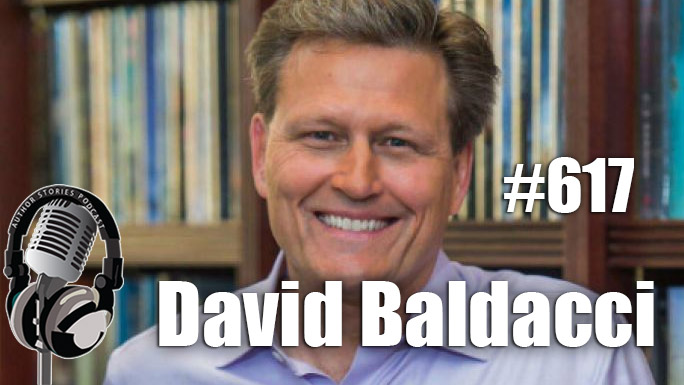 On today’s show, David Baldacci returns to the show to talk about his latest release in the Memory Man Series, Redemption.

Listen to David’s first appearance on the show in Episode 581.

Detective Amos Decker discovers that a mistake he made as a rookie detective may have led to deadly consequences in the latest Memory Man thriller in David Baldacci’s #1 New York Timesbestselling series.

Amos Decker and his FBI partner Alex Jamison are visiting his hometown of Burlington, Ohio, when he’s approached by an unfamiliar man. But he instantly recognizes the man’s name: Meryl Hawkins. He’s the first person Decker ever arrested for murder back when he was a young detective. Though a dozen years in prison have left Hawkins unrecognizably aged and terminally ill, one thing hasn’t changed: He maintains he never committed the murders. Could it be possible that Decker made a mistake all those years ago? As he starts digging into the old case, Decker finds a startling connection to a new crime that he may be able to prevent, if only he can put the pieces together quickly enough.

DAVID BALDACCI is a global #1 bestselling author, and one of the world’s favorite storytellers. His books are published in over 45 languages and in more than 80 countries, with over 130 million worldwide sales. His works have been adapted for both feature film and television. David Baldacci is also the cofounder, along with his wife, of the Wish You Well Foundation, a nonprofit organization dedicated to supporting literacy efforts across America. Still a resident of his native Virginia, for more please visit DavidBaldacci.com and WishYouWellFoundation.org.