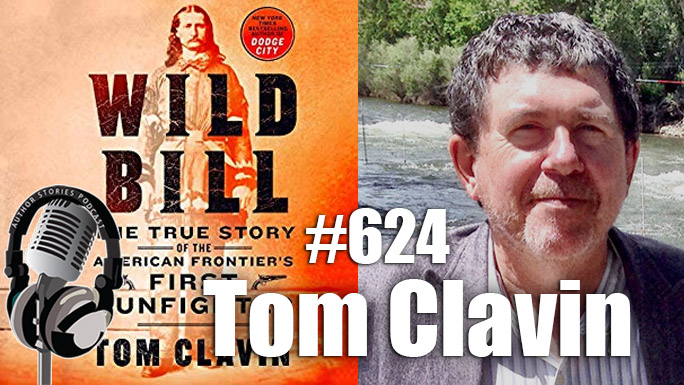 The definitive true story of Wild Bill, the first lawman of the Wild West, by the #1 New York Times bestselling author of Dodge City.

In July 1865, “Wild Bill” Hickok shot and killed Davis Tutt in Springfield, MO―the first quick-draw duel on the frontier. Thus began the reputation that made him a marked man to every gunslinger in the Wild West.

James Butler Hickock was known across the frontier as a soldier, Union spy, scout, lawman, gunfighter, gambler, showman, and actor. He crossed paths with General Custer and Buffalo Bill Cody, as well as Ben Thompson and other young toughs gunning for the sheriff with the quickest draw west of the Mississippi.

Wild Bill also fell in love―multiple times―before marrying the true love of his life, Agnes Lake, the impresario of a traveling circus. He would be buried however, next to fabled frontierswoman Calamity Jane.

Even before his death, Wild Bill became a legend, with fiction sometimes supplanting fact in the stories that surfaced. Once, in a bar in Nebraska, he was confronted by four men, three of whom he killed in the ensuing gunfight. A famous Harper’s Magazine article credited Hickok with slaying 10 men that day; by the 1870s, his career-long kill count was up to 100.

The legend of Wild Bill has only grown since his death in 1876, when cowardly Jack McCall famously put a bullet through the back of his head during a card game. Bestselling author Tom Clavin has sifted through years of western lore to bring Hickock fully to life in this rip-roaring, spellbinding true story.

TOM CLAVIN is a bestselling author and has worked as a newspaper and web site editor, magazine writer, TV and radio commentator, and a reporter for The New York Times covering entertainment, sports, and the environment. He has received awards from the Society of Professional Journalists, Marine Corps Heritage Foundation, and National Newspaper Association, and two of his books were nominated for the Pulitzer Prize. Two of his books have been New York Times best sellers, The Heart of Everything That Is and Halsey’s Typhoon. Other books that have received popular and critical acclaim include The DiMaggios, Last Men Out, Gil Hodges, Roger Maris, The Last Stand of Fox Company, and his most recent book, Reckless: The Racehorse Who Became a Marine Corps Hero. Tom was born in the Bronx. His first professional job was as a publicist and proofreader for Sterling Publishing, which at the time produced annual editions of The Guinness Book of World Records. He began freelance writing and editing in 1980, and moved to Sag Harbor, NY two years later. Tom still lives there, and his two children, Kathryn and Brendan, were born and raised in Sag Harbor. His career has included working in the newspaper game on eastern Long Island – 15 years as a roving writer for The New York Times, managing editor of The East Hampton Star, editor-in-chief of the Independent chain of weeklies, and writing arts features and the “Farther East” column for the Press News Group. Gradually, writing nonfiction books became his full-time occupation. His next two books, to be published in 2016, is one on Old 666, the B-17 bomber that had the most decorated crew of World War II, and Reach for the Sky: The Dodge City Days of Wyatt Earp and Bat Masterson.