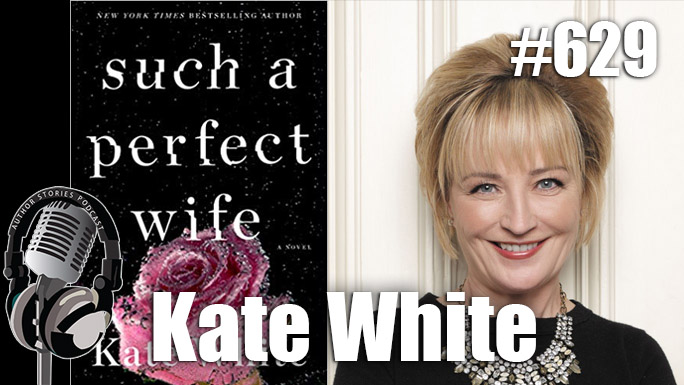 Today’s author interview guest is Kate White, author of the new thriller Such A Perfect Wife.

And missing since Monday.

On a sunny morning in late September, Shannon Blaine sets off for a jog along the rural roads near her home in Lake George, New York.  It’s her usual a.m. routine, her “me time” after dropping the kids off at school…except on this day she never returns.

Is her husband lying when he says he has no clue where she is? Could Shannon have split on her own, overwhelmed by the pressures of her life? Or is she the victim of a sexual predator who had been prowling the area and snatched her before she knew what was happening.

True crime writer Bailey Weggins, on assignment for the website Crime Beat, heads north from New York City to report on the mysterious disappearance. An anonymous tip soon leads Bailey to a grisly, bone-chilling discovery. Every town has its secrets, Bailey reminds herself, and nothing is ever as perfect as it seems. She keeps digging for answers until—when it’s almost too late—she unearths the terrifying truth.

Kate White, the former editor-in-chief of Cosmopolitan magazine, is the New York Times bestselling author of the standalone psychological thrillers The Secrets You Keep, The Wrong Man, Eyes on You, Hush, and The Sixes, as well as seven Bailey Weggins mysteries. White is also the author of several popular career books for women, including I Shouldn’t Be Telling You This: How to Ask for the Money, Snag the Promotion, and Create the Career You Deserve and editor of the Anthony and Agatha Award nominated The Mystery Writers of America Cookbook. She lives in New York City.