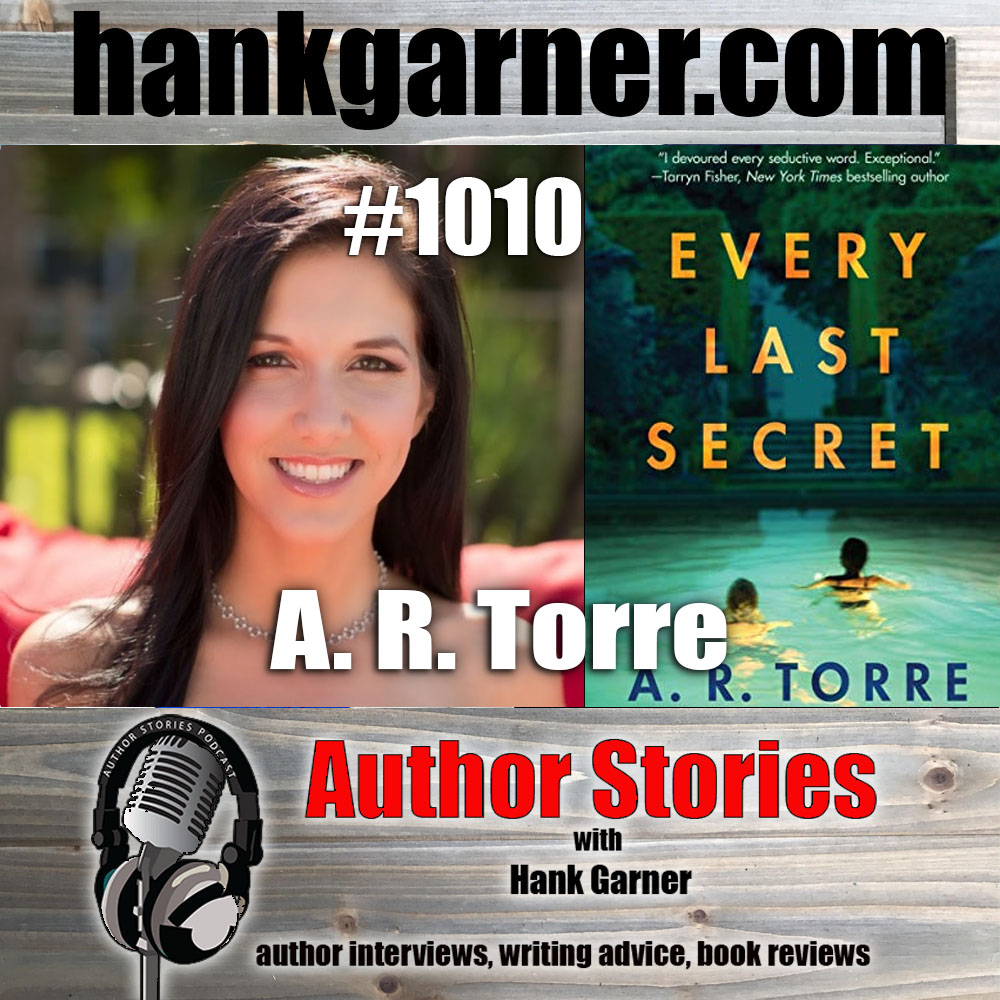 Today’s author interview guest is A. R. Torre, author of Every Last Secret.

Welcome to the neighborhood. Watch your husband, watch your friends, and watch your back.

Cat Winthorpe has worked hard to get what she has: a gorgeous home; social standing; and William, her successful, handsome husband. Then a friendly new couple moves into the estate next door. While cautious, a good neighbor like Cat greets them with open arms and warm hospitality.

Neena Ryder isn’t a fellow lady of leisure. A life coach with off-the-rack dresses, personal issues, and a husband who hasn’t delivered, she’s anxious to move up in the world. This beautiful new town is a step in the right direction. It’s also making Neena aware of what she doesn’t have. Namely, William. When Neena’s infatuation escalates into obsession, it’s just a matter of eliminating a few obstacles to get the life she wants. The life next door.

As Neena’s secret fixation grows, so does her friendship with Cat. But beneath their cordial interactions is a wealth of temptations, secrets, and toxic jealousy. For both women, the desire for a perfect life can turn perfectly dangerous.

Torre has been featured in such publications as Elle and Elle UK, as well as guest-blogged for the Huffington Post and RT Book Reviews. She is also the Bedroom Blogger for Cosmopolitan.com. In 2017, her New York Times bestseller HOLLYWOOD DIRT, was released as a full-length film by PassionFlix. Torre’s novels have been translated in eighteen languages and are distributed in over thirty countries.

Torre is the creator of Alessandra Torre Ink – an authors community and online school with over 20,000 members. She is also the founder of INKERS CON, an annual authors conference. A self-publishing advocate, Alessandra speaks frequently to universities, conventions and author groups.

In 2019, Alessandra co-founded Authors A.I. – a company that uses artificial intelligence to help authors with their development and editing process. In November of 2020, Authors A.I. launched BingeBooks, an online community that helps readers discover their next great novel.

From her home in Key West, Florida, she devotes several hours each day to various writing projects and interacting with her fans on Facebook, Twitter and Pinterest. When not battling her husband at Scrabble, she chases her pet chickens, three dogs, and shoos away iguanas.