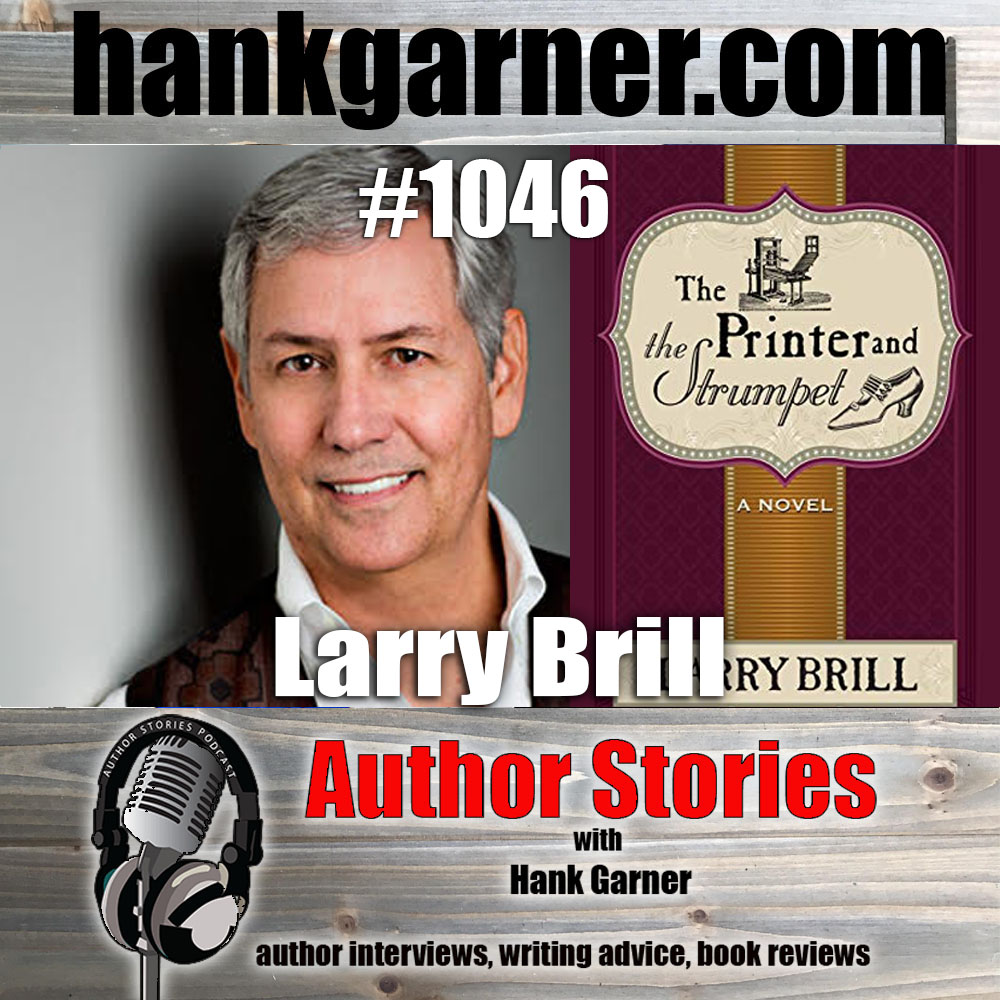 Today’s author interview guest is Larry Brill, author of The Printer and The Strumpet (The Misadventures of Leeds Merriweather Book 2).

Leeds Merriweather is an English-born newspaperman who owns a newspaper in 1773 Boston. Tensions are rising between England and the colonies and Leeds fights to keep his newspaper neutral, fearing he’ll lose everything if a war breaks out.
Sally Hughes is a prostitute who runs the Flagg Alley Bordello. A radical patriot to the Americans, she has access to high society and uses her connections there, and the secrets that come from clients at the bordello, to publish embarrassing scandals and misdeeds by the British military and Governor’s administration.
Leeds and Sally join up to print an anonymous news broadsheet, the Watertown Times Forger (aka WTF) to scoop all the other news sources in town and publicize the information that Sally and her girls uncover. From the Boston Tea Party to the Battle at Lexington, they have to dodge the government constables and British spies who want to find those anonymous WTF sources and hang them for treason.
As they nudge the colonies towards war, Leeds and Sally fall in love and the bigger question may be whether they can keep from strangling each other over their political differences before the shooting starts.
About Larry Brill

Once kicked out of a mob-connected casino for (allegedly) counting cards to win money at the blackjack table.

Flew with the Air Force Thunderbirds only 100 feet off the floor of a valley in Colorado. Upside down!

Interviewed two U.S. Presidents (41 and 43) and a handful of wanna-bes.

Hung out and had drinks with author James Michener.

Got defense attorney Johnny Cochran to admit on TV (after the fact) that he didn’t believe O.J. Simpson was innocent.

Oh, and by the way, Larry once held the title as the “Worst Writer in America” after winning the tongue-in-cheek Bulwer-Lytton Fiction Contest. The BLFC is acclaimed around the world, where writers intentionally create the WORST opening sentence to an imaginary novel, inspired by that famous line “It was a dark and stormy night…”