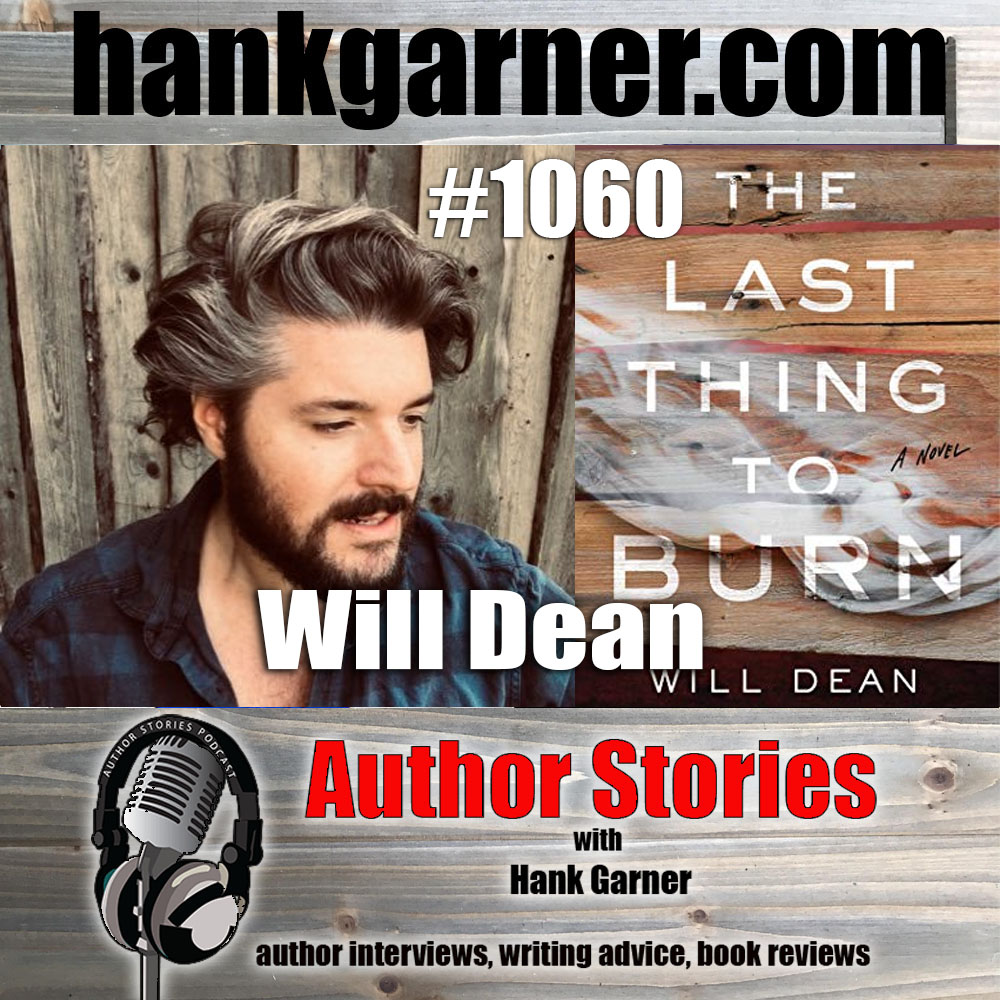 On today’s show author Will Dean stops by to talk about his upcoming release The Last Thing To Burn.

A woman being held captive is willing to risk everything to save herself, her unborn child, and her captor’s latest victim in this claustrophobic thriller in the tradition of Misery and Room.

On an isolated farm in the United Kingdom, a woman is trapped by the monster who kidnapped her seven years ago. When she discovers she is pregnant, she resolves to protect her child no matter the cost, and starts to meticulously plan her escape. But when another woman is brought into the fold on the farm, her plans go awry. Can she save herself, her child, and this innocent woman at the same time? Or is she doomed to spend the remainder of her life captive on this farm?

Intense, dark, and utterly gripping The Last Thing to Burn is a breathtaking thriller from an author to watch.

Will Dean grew up in the East Midlands, living in nine different villages before the age of eighteen. After studying law at the LSE, and working many varied jobs in London, he settled in rural Sweden with his wife. He built a wooden house in a boggy forest clearing and it’s from this base that he compulsively reads and writes.