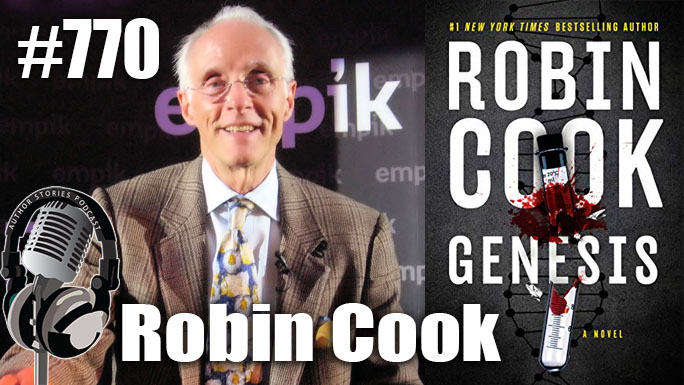 New York Times-bestselling author Robin Cook takes on the ripped-from-the-headlines topic of harnessing DNA from ancestry websites to catch a killer in this timely and explosive new medical thriller.

When the body of twenty-eight-year-old social worker Kera Jacobsen shows up on Chief New York City Medical Examiner Laurie Montgomery’s autopsy table, at first it appears she was the victim of a tragic yet routine drug overdose. But for Laurie and her new pathology resident, the brilliant but enigmatic Dr. Aria Nichols, little things aren’t adding up. Kera’s family and friends swear she never touched drugs. Administrators from the hospital where Kera worked are insisting the case be shrouded in silence. And although Kera was ten weeks pregnant, nobody seems to know who the father was–or whether he holds the key to Kera’s final moments alive.

As a medical emergency temporarily sidelines Laurie, impulsive Aria turns to a controversial new technique: using genealogic DNA databases to track down those who don’t want to be found. Working with experts at a start-up ancestry website, she plans to trace the fetus’s DNA back to likely male relatives in the hopes of identifying the mystery father. But when Kera’s closest friend and fellow social worker is murdered, the need for answers becomes even more urgent. Because someone out there clearly doesn’t want Kera’s secrets to come to light . . . and if Aria gets any closer to the truth, she and Laurie might find themselves a killer’s next targets.

Doctor and writer Robin Cook started his medical career as a general surgical resident and finished with an ophthalmology residency at Harvard. He is the author more than thirty international bestsellers and is credited with creating and popularizing the medical thriller genre with his novel, Coma, which was published 40 years ago. His most recent bestsellers include Host, Cell, Death Benefit, Cure, and Charlatans. Cook divides his time between Boston and Florida.