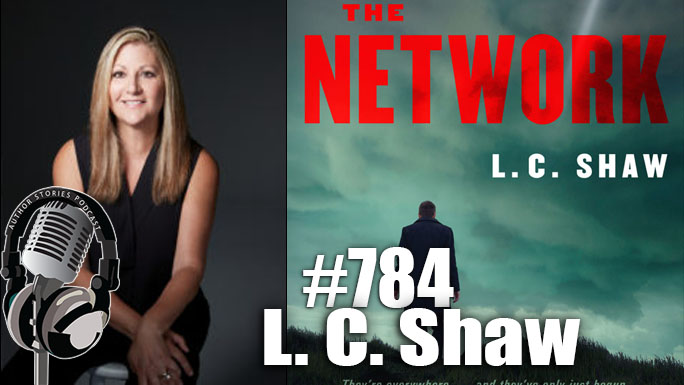 A pulse-pounding, page-turning thriller involving corruption, secrets, and lies at the very deepest levels of government and media.

A shadowy group is manipulating society—and they’ve only just begun.

Late one night, investigative journalist Jack Logan receives a surprise visit from U.S. Senator Malcolm Phillips at his New York apartment. Disheveled and in a panic, the senator swears that he’s about to be murdered and pleads with Jack to protect his wife Taylor, who happens to be the only woman Jack has ever truly loved.

Days later, Phillips is found dead in a hotel room in Micronesia, the apparent victim of an allergy attack. While the nation mourns, Jack and Taylor race to find the one man who knows the truth. As they’re pursued by unknown assailants, their desperate hunt leads them to the Institute, an immense facility shrouded in mystery that has indoctrinated a generation of America’s political and media power players. Led by the enigmatic Damon Crosse, the Institute has its tentacles everywhere—but Taylor unknowingly holds the secret to the one thing that Crosse needs to carry out his plan.

Taking readers on a thrill ride from the back halls of Congress to the high-rise offices of Madison Avenue and a remote Greek island, The Network is a provocative, pulse-pounding novel that dares to ask the question: who’s really in charge?

L.C. Shaw is the pen name of internationally bestselling author Lynne Constantine who also writes psychological thrillers with her sister as Liv Constantine. Her family wonder if she is actually a spy, and never knows what to call her. She has explored coral reefs all over the world, sunken wrecks in the South Pacific, and fallen in love with angelfish in the Caribbean. Lynne is a former marketing executive and has a Master’s in Business from Johns Hopkins University. When editing her work, she loves to procrastinate by spending time on social media, and when stuck on a plot twist has been known to run ideas by her Silver Labrador and Golden Retriever who wish she would stop working and play ball with them. Her work has been translated into 28 languages.