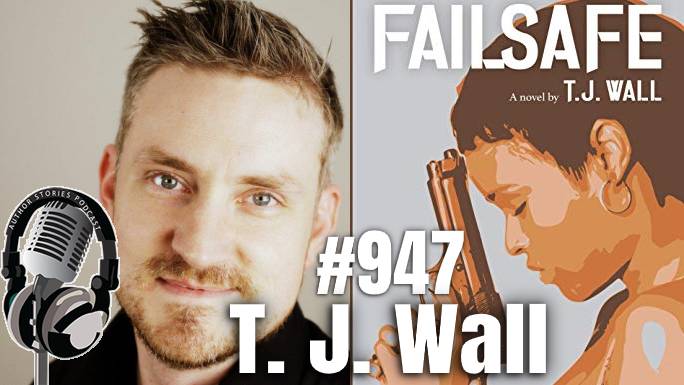 Local boy Puck ran away from the village of Temprance with his best friend Bobby a year ago. When Bobby shows up murdered, Sheriff Tommy Dick must solve the crime and return Puck to his father. But as the sheriff watches his suspect’s life begin to fall apart at the hands of a ruthless, elite warlord, Tommy wonders whether he should prosecute this suspect… or join her side of the fight. This dystopian adventure introduces you to a sheriff who refuses to carry a gun, a watchguard who is blind, and an ancient mystery that holds the key to their survival.

T.J. Wall is the author of the conspiracy-adventure novel FAILSAFE. T.J. was born and raised in Detroit, Michigan. He dropped out of Cass Tech High School to pursue a lifetime of questionable choices, starting with the decision to write his first novel in a wire-bound, college-ruled notebook, by hand, in pen.

After getting off the city bus on Woodward Avenue, T.J. was punched in the face. Just a few pages from completion, that notebook-novel found itself in a slushy storm drain on a thirty-degree morning in February. The notebook was lost in the wet, gray sewer. T.J. chose to deal with his broken nose, leaving the waterlogged story behind as he retreated to a nearby library’s public restroom.

What remains of T.J.’s memory of that story is today known as FAILSAFE.