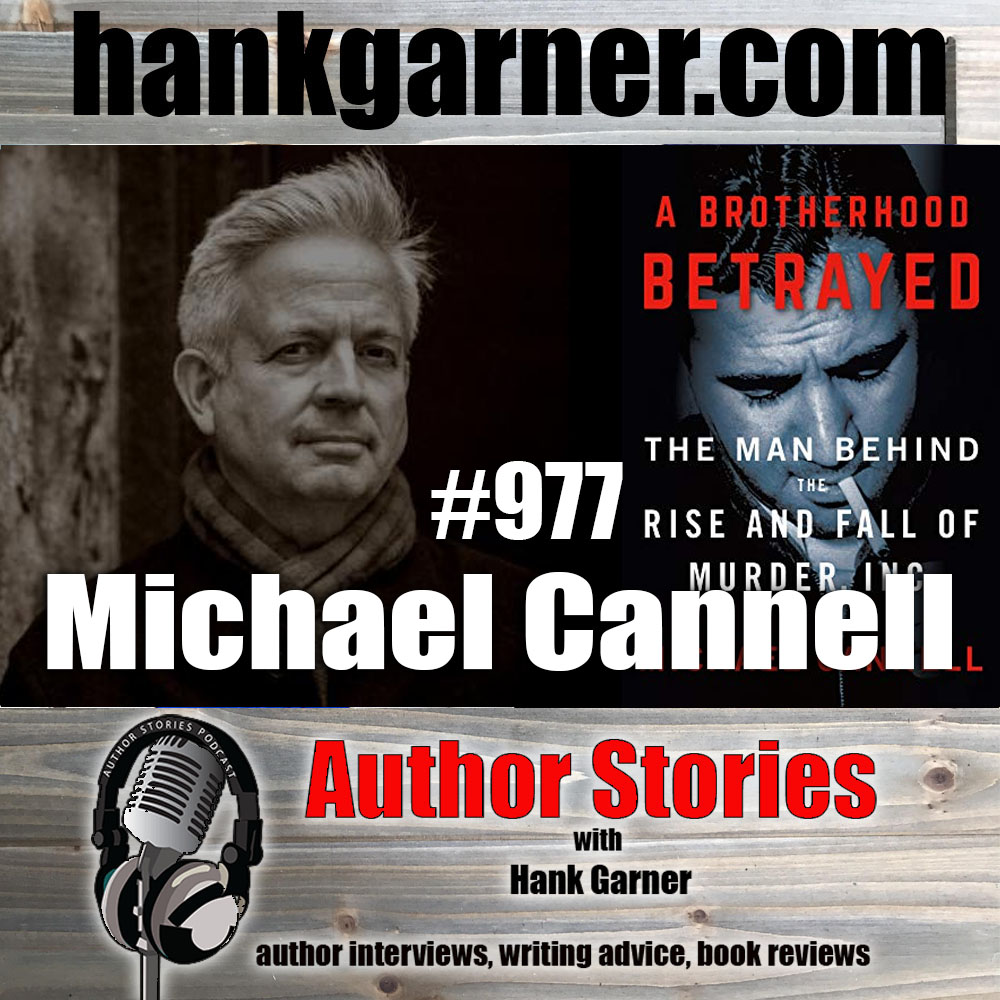 Today’s author interview guest is Michael Cannell, author of A Brotherhood Betrayed: The Man Behind the Rise and Fall of Murder, Inc..

The riveting true story of the rise and fall of Murder, Inc. and the executioner-turned-informant whose mysterious death became a turning point in Mob history.

In the fall of 1941, a momentous trial was underway that threatened to end the careers and lives of New York’s most brutal mob kingpins. The lead witness, Abe Reles, had been a trusted executioner for Murder, Inc., the enforcement arm of a coast-to-coast mob network known as the Commission. But the man responsible for coolly silencing hundreds of informants was about to become the most talkative snitch of all. In exchange for police protection, Reles was prepared to rat out his murderous friends, from Albert Anastasia to Bugsy Siegel—but before he could testify, his shattered body was discovered on a rooftop outside his heavily-guarded hotel room. Was it a botched escape, or punishment for betraying the loyalty of the country’s most powerful mobsters?

Michael Cannell’s A Brotherhood Betrayed traces the history of Murder, Inc. through Reles’ rise from street punk to murder chieftain to stool pigeon, ending with his fateful death on a Coney Island rooftop. It resurrects a time when crime became organized crime: a world of money and power, depravity and corruption, street corner ambushes and elaborately choreographed hits by wise-cracking foot soldiers with names like Buggsy Goldstein and Tick Tock Tannenbaum.

For a brief moment before World War II erupted, America fixated on the delicate balance of trust and betrayal on the Brooklyn streets. This is the story of the one man who tipped the balance.

Michael Cannell is the author of four non-fiction books, most recently A Brotherhood Betrayed: The Man Behind the Rise and Fall of Murder, Inc.. His previous books are Incendiary: The Psychiatrist, the Mad Bomber and the Invention of Criminal Profiling, The Limit: Life and Death on the 1961 Grand Prix Circuit and I.M. Pei: Mandarin of Modernism

Michael has worked as a reporter for U.P.I and Time, and as an editor for The New York Times. His writing has appeared in The New Yorker, Newsweek, Sports Illustrated and many other publications.