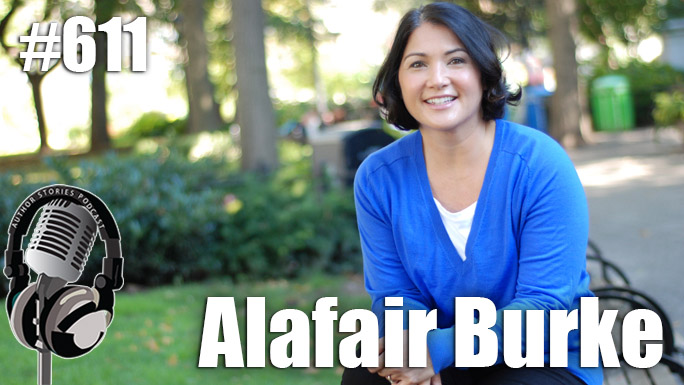 In today’s episode of Author Stories, Alafair Burke joins me to talk about her new thriller The Better Sister. We talk about her early memories of loving mystery stories, growing up with author James Lee Burke, her father, pursuing a law career then practicing, how her “one novel” turned into a writing career, and much more.

Keep your enemies close and your sister closer.

Though Chloe was the younger of the two Taylor sisters, she always seemed to be the one in charge. She was the honor roll student with big dreams and an even bigger work ethic. Nicky—always restless and more than a little reckless—was the opposite of her ambitious little sister. She floated from job to job and man to man, and stayed close to home in Cleveland.

For a while, it seemed that both sisters had found happiness. Chloe earned a scholarship to an Ivy League school and moved to New York City, where she landed a coveted publishing job. Nicky married promising young attorney Adam Macintosh and gave birth to a baby boy they named Ethan. The Taylor sisters became virtual strangers.

Now, more than fifteen years later, their lives are drastically different—and Chloe is married to Adam. When he’s murdered by an intruder at the couple’s East Hampton beach house, Chloe reluctantly allows her teenage stepson’s biological mother—her estranged sister, Nicky—back into her life. But when the police begin to treat Ethan as a suspect in his father’s death, the two sisters are forced to unite . . . and to confront the truth behind family secrets they have tried to bury in the past.

Her most recent domestic thriller, THE BETTER SISTER, has been praised as “twisty” (BookBub), “mesmerizing” (Publishers Weekly), “fast-moving” (Library Journal), and “a non-stop thriller fest” (Suspense Magazine). Her previous novel, THE WIFE, was selected as a best-of-the-month pick by Amazon, Barnes & Noble, Entertainment Weekly, O (Oprah Magazine), and others. It is being adapted as a feature film, with Alafair writing the screenplay.

Her 2016 novel, THE EX, was nominated for an Edgar Award for Best Novel.

In addition to the standalone novels that have earned her a reputation as “a genius for plot” (Oprah Magazine) and “a virtuoso” of domestic suspense (Minneapolis Star Tribune), she authors “two power house series” (Sun-Sentinel) featuring NYPD Detective Ellie Hatcher and Portland Deputy District Attorney Samantha Kincaid. Alafair is also the co-author of the “Under Suspicion” series with Queen of Suspense Mary Higgins Clark.

Alafair’s novels grow out of her experience as a prosecutor in America’s police precincts and criminal courtrooms, and have been featured by The Today Show, People Magazine, The New York Times, O Magazine, MSNBC, The Washington Post, USA Today, and The Chicago Sun-Times. Harlan Coben has said she is “a major talent,” and Dennis Lehane called her “one of the finest young crime writers working today” back when she was young.

A graduate of Stanford Law School and a former prosecutor, Alafair is now a professor at Hofstra Law School, where she teaches criminal law and procedure. She lives in New York City and East Hampton with her husband and two beloved dogs.